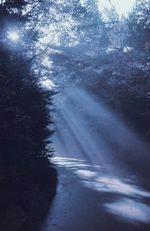 This past Sunday was Super Bowl Sunday.  And, I always look forward to it.  Why?  It's not so much the great football that you MAY see.  But, it's the fact that it marks the half way point for winter.

Once the snow melts, one of the things I get ready to do is  drive my  1972 Jaguar E Type.  Absence does make the heart grow fonder.  And, when I tuck her in for the winter every November, it's hard to believe I could become even more fond of this car by the time we get to spring.

You might  be saying to yourself,  "What is she talking about?".  Well, let me share with you a story that I wrote over a decade ago.  And if after reading it, you are at all intrigued, I encourage you to get your hands on anything relating to the history of and specifications for this special vehicle.

I was a young child in the 1960s. And it was then that I first saw it. How is it that one could be so struck, so much in awe of this?

By the time I was seventeen, my first reactions had long since turned into absolute conviction that the Jaguar E Type was very special, exquisite.

In August of that same year, 1978, a friend, knowing how much I loved the automobile, took me to a Jaguar meet at the Transportation Museum in Boston. How great it was to see this masterpiece up close. I was positively breathless. A European contingent of Lotuses and Ferraris were in attendance, paying their respect. They were very nice.

Twenty more years have passed. Nothing has changed. Yes, there are new names, bodies and engines. But nothing will ever hold a candle to a timeless cat.

I didn't have to have one. I'd see them once in a great while, usually in the summer. Before the rest of the world had awakened for the day, as a fog blanketing the road would be burned off by the heat of the early morning sun, I'd first hear that incredible sound - huge amounts of raw power being harnessed so masterfully, yet civilly. And, then, I'd see it, that devastatingly gorgeous thing, flash before me as if it were part missile and ballerina. It would pierce through the air so quickly and precisely with amazing beauty and grace. It was enough for me.

My manager at work and I had one thing in common... we liked cars. We we each liked in cars was at opposite ends of the spectrum. Let's just say he was a fan of strange custom work and hot rods.

One day, John found an "E" advertised for sale in Queens, New York for next to nothing. He, of course, said I should get it because it had a V8 in it. I said someone should get it to save its life and put the V12 back in!

That person ended up being me.

The engine was just one of many problems. The car was in deplorable shape. It suffered from several botched restorations, very poor maintenance work, and tons of neglect.

Without hesitation, I decided to launch a ground up restoration effort. It took two years to complete.

And then, something wonderful happened. Just one day shy of owning it two years, I drove my Jaguar E Type home for the first time. I still can't believe I can listen to it and gaze at it whenever I want, never mind be the one at the wheel those summer mornings. 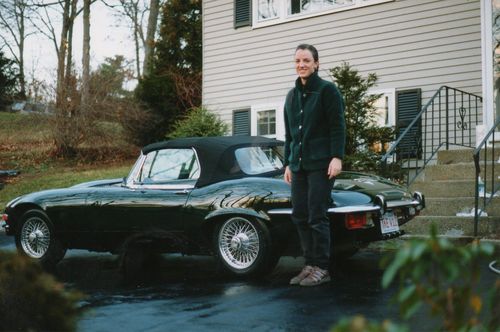