How Lipizzaner, Andalusain and Lusitano Horses Are Related

My mom just saw the Herrmanns' Royal Lipizzan Stallions at a demonstration in Middleborough  Massachusetts last month.   Having seen the Lipizzaners from the Spanish Riding School of Vienna Austria at the Worcester Centrum years ago as well as having ridden some wonderful Lusitano horses  myself recently, I decided to see exactly how these types of horses are related.

The earliest lipizzan ancestors are from between 600 and 700 AD.  This is when the Moors had taken Barb horses into Spain and crossed them with Spanish stock.  This resulted in the Iberian horse breed which the Andalusian and Lusitano  horses are a part of (which are now considered separate breeds).

The Habsburgs ruled Austria and Spain. And, by 1600,  it was determined that strong nimble horses were needed for military purposes.  There was also some interest in having them for the riding schools that were gaining in popularity by the nobility.  In 1562, the Habsburg Emperor Masimillian the 2nd  decided to bring the Andalusian horse to Austria for breeding at Kladrub.  In 1580, his brother established breeding at Lipizza (now Lipica), located in  Slovenia.  This is where the Lipizzaner breed obtained its name.

Spanish, Barb, and Arabian stock were crossed in Karst (Kras), and subsquent generations were crossed with the Neapolitan from Italy and spanish Baroque horses  obtained from Germany and Denmark. Kladrub was known for its  heavy carriage horses.  And Lipizza, its riding and light carriage horses. 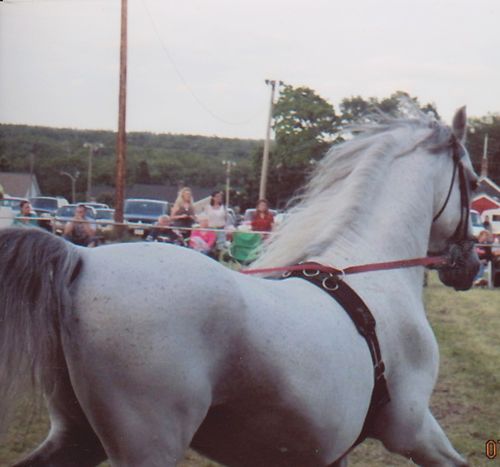 Posted at 12:13 PM in WB- In Transportation | Permalink