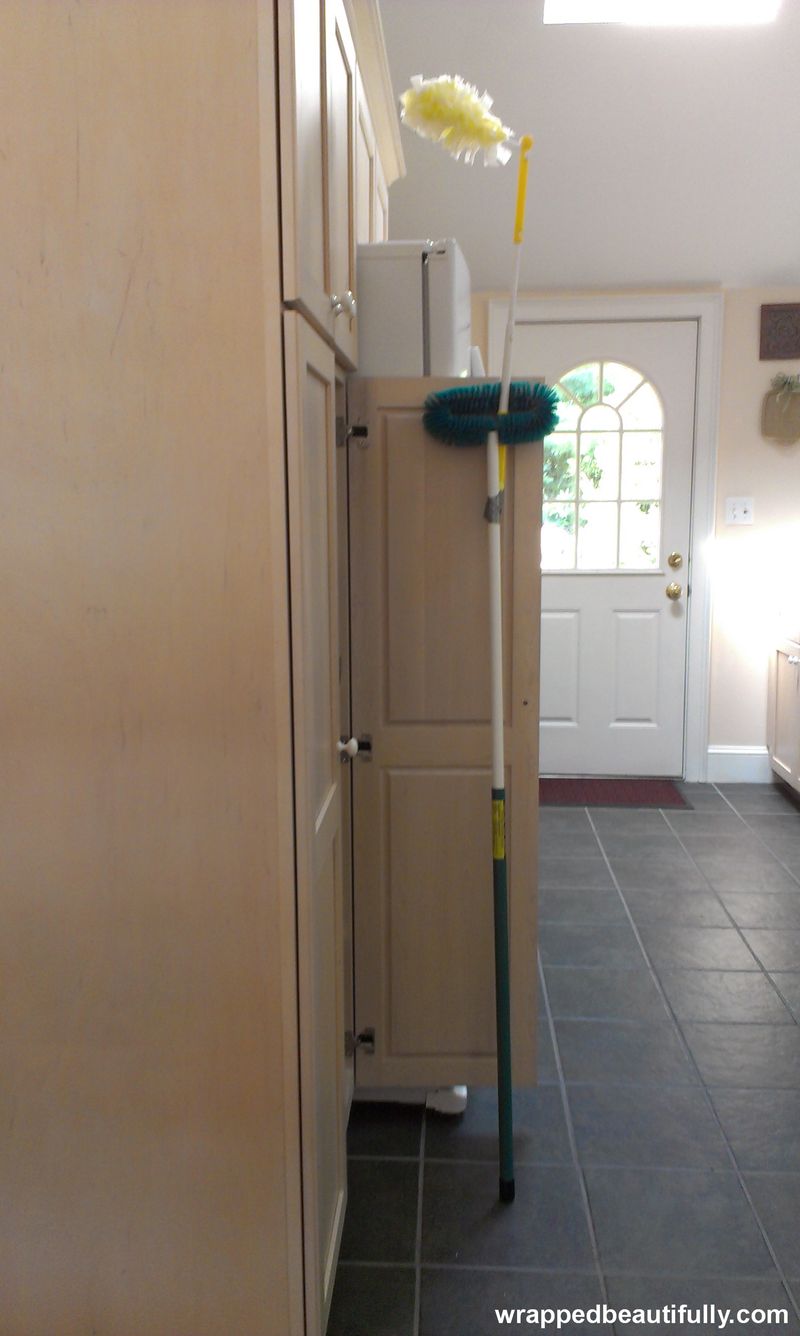 We eliminated the attic in my 1930's cape and cathedraled the ceiling.  What was dark and dank is now bright and full of light.   There are now  exposed beams and a paddle fan where cob webs and darkness once loomed.

Now, dust settles on the beams and the paddle fan.   So, periodically, they need to be cleaned. I really don't want to have to drag a huge ladder into the house for this.  You can buy a telescoping paddle fan cleaner.  And, it does loosen any caked on dirt that may have collected on the paddle fan.  But it really doesn't eliminate the dust (in fact, the dust it loosens mostly gets flung into the air instead of being captured by the paddle fan brush bristles :   ).

Now, the new Swiffer 360 duster  is a wonderful thing indeed.  And although there is a telescoping feature, it can't  be extended enough to reach my beams and paddle fan.  So, I just decided to get out the good old duct tape and fasten the Swiffer 360 to the end of the paddle fan cleaner (which reaches these high places).

Lough and behold, this little solution let me clean both my paddle fan and beams fully inside of 10 minutes without throwing the dust into the air, but capturing it in the swiffer fabric (I did go through a few of these.... it had been quite a while since this cleaning was last done   :      ).

So for those of you with paddle fans &/or exposed beams, "Try it, you'll like it!"

Do You Know What's In Your Smoothie? 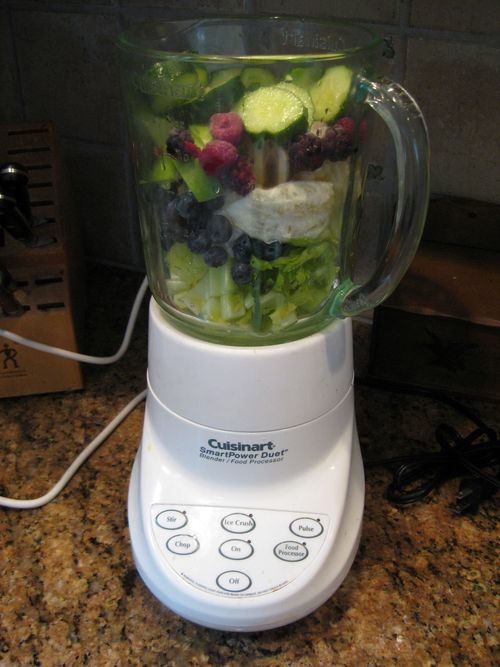 Have you noticed that a number of fast food restaurants including both  McDonalds and Burger King have decided to sell smoothies?  I was a bit surprised by it knowing the origins of this kind of drink and the fact those two fast food joints, as currently defined,  are not going to make you anything that resembles a traditional smoothie.  First of all, traditional smoothies are not what I would call  inexpensive for the restaurants to provide (at least when you compare them to the other beverages for sale at these establishments).   Secondly, they take a bit longer to make than the time it takes to simply dispense a a non solid such as soda and soft  ice cream.  While I am sure there would be a way to scale the process of making them, I don't see it happening in the near term.

If you are curious about traditional smoothies, I recommend you look at recipes that are online.  There are a lot. I've been working on and perfecting a smoothie that is both very nutricious and delicious.  Here's more info and the recipe.  See what you think! Note: A lot of markets don't carry liquid stevia yet.  Here's a good brand you can buy online.

If would like to know more about the Weight Loss In Steps program, you can purchase the e-book from Amazon and join our Facebook community!